The ceremony and reception will both be held at the Carnegie Institution.  Please plan to arrive around 4:30 p.m.  Doors will close at 5:00 p.m.

About the Carnegie Institution | Directions 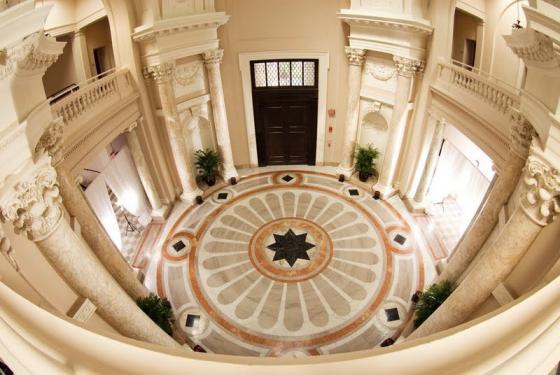 When Andrew Carnegie established his institution for discovery in 1902, he left to the trustees and administrators the task of organizing and running it. In 1905, the trustees passed a resolution to construct a new building, a structure that would reflect the quality and excellence of the institution’s work and symbolize its permanence in the nation’s capital. They engaged John Carrére and Thomas Hastings, architects trained in the Beaux Arts style, to design a building “as nearly fire-proof as practicable,” and with ventilation good enough “so that life in it may be tolerable during a tropical summer.” Carrére and Hastings were among the most prominent architects of the time, indeed of the century. Their sophisticated legacy includes the landmark New York Public Library (1897), the Cosmos Club in Washington, D.C., and the Russell Senate and Cannon House Office Buildings on Capitol Hill.

Andrew Carnegie believed the institution should be known for the grandeur of its work, not the grandeur of its surroundings. In keeping with a limited budget, and to appease Mr. Carnegie’s objections to a grand edifice, the drawings for the new building underwent several revisions, becoming less monumental with each one. Nonetheless, the architects managed to maintain a sense of elegance and proportion commensurate with the building’s location on one of the grand thoroughfares of the city. The authors of Sixteenth Street Architecture, a book published by the U.S. Commission of Fine Arts, in 1988, place the building among the most distinguished on Sixteenth Street. 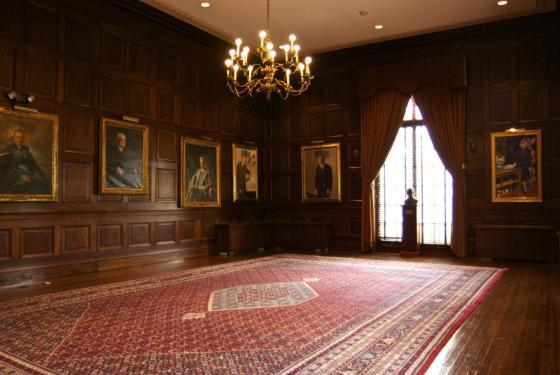 The building was constructed during 1908 and 1909 by the J.E. & A.L. Pennock Company of Philadelphia. Work was slowed by errors in the original survey, a strike among the ornamental plasterers, and an outbreak of typhoid among the limestone cutters in Indiana, yet the quality of construction remained high. The steel structure was encased in terra cotta for fire protection. Ventilation was achieved with large operable windows and skylights.

The building’s solid, neoclassical facade is an impressive presence. Its monumental portico is surmounted by a flat-top roof and supported by Ionic columns. Huge marble urns, copies of originals in the Vatican Collection, flank the entrance steps. The massive bronze doors at the top lead inside to a two-story rotunda, framed by large Corinthian columns and an elliptical side staircase. Large offices with twelve-foot ceilings and elaborate cornices line the rotunda on both floors. Natural light plays across the rotunda floor, as well as the wide hallways and second-floor library, swept in from a sophisticated system of skylights not visible from the Sixteenth Street entrance. Also hidden from view is the building’s ground floor and 1938 addition, which extends back along P Street.